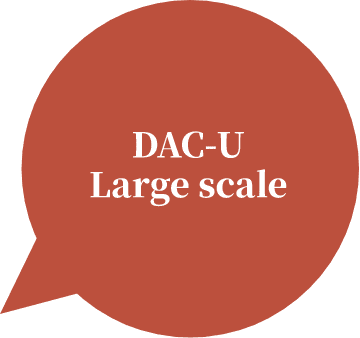 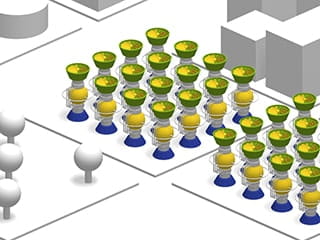 The amount of air we have to processes is enormous. It is also important to treat massive amount of air in larger facilities in order to make aggressive progress against global warming. The units developed in our project can be integrated into a large-scale capture and conversion system which we may call a "mega carbon farm," just like a "mega solar" system for solar power generation. If the mega-solar system and the mega-carbon farm are connected, it is expected to contribute greatly to the realization of a carbon-neutral society. 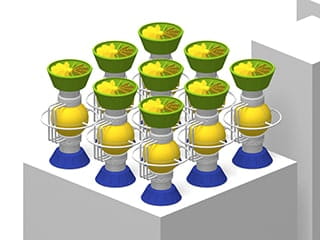 This project will develop units that can be freely assembled and connected. This will make it possible to capture and convert CO₂ from the atmosphere in various scenarios. In urban areas, CO₂ concentration is relatively high in places where people gather, such as office buildings and retail stores. In such places, efficient CO₂ capture and utilization is possible by freely combining separation and conversion modules. When combined with solar power generation, the system has the potential to develop into an independent energy facility. 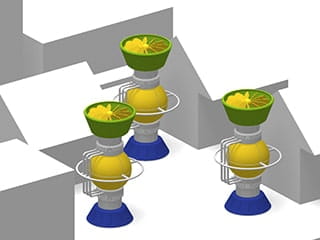 This is the basic unit which consists of a membrane separation module that selectively separates CO₂ from the atmosphere, and a module that converts the recovered CO₂ into methane and ethanol. If a high-performance DAC-U unit can be developed, it will be possible to produce city gas from air and use it directly in your home, for example. 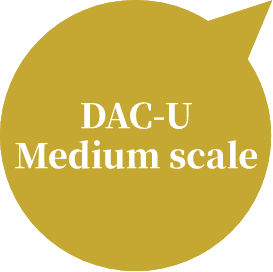 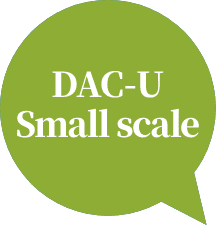 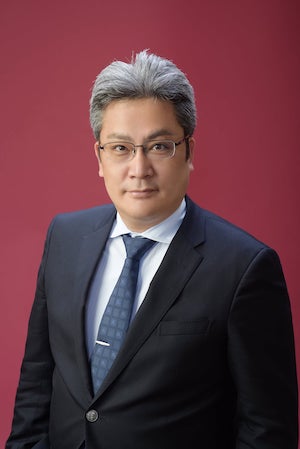 In order to mitigate global warming, there is an urgent demand to reduce greenhouse gases such as CO₂. In order to achieve the 2 degrees Celsius target set in the Paris Agreement, it is not enough to reduce CO2 emissions; it is also essential to develop technology to capture the CO2 that has already been emitted into the atmosphere (negative emission technology).The Japanese government decided to promote challenging research and development (Moonshot) based on more ambitious ideas that are not extensions of conventional technologies, with the aim of creating disruptive innovation from Japan, and the Council for Science, Technology and Innovation (CSTI) established a "Moonshot R&D system" and decided on seven Moonshot targets in July 2020.

At Kyushu University, the International Institute for Carbon-Neutral Energy Research (WPI-I²CNER) has been conducting research aimed at realizing an environmentally sustainable society by reducing CO₂ emissions and creating basic science to construct an energy system using non-fossil fuels. Carbon Capture and Utilization (CCU), which is the efficient system of CO₂ capture and the conversion of captured CO₂ into useful materials, has also been studied as an important research theme.

Based on these achievements, we proposed a research project to develop technology for direct CO₂ capture from the atmosphere and its resource conversion to value-added compounds, and "Research and Development of CO₂ Circulation System for Realization of a "Beyond Zero" Society" was successfully selected as a Moonshot research and development program. In this project, a membrane based CO₂ capture unit with ultra-high CO₂ selectivity and permeability will be developed based on our originally developed innovative nanomembrane technology. At the same time, we will also develop a unit to convert the collected CO₂ into carbon fuel with high efficiency. These two units will be connected to build a "Direct Air Capture and Utilization (DAC-U) system" that integrates CO₂ capture from the atmosphere to carbon fuel conversion. This system has high scalability because the units can be connected arbitrarily, and its performance can be adjusted according to conditions from small to large scale. Through this project research, we hope to create an innovative DAC-U system originating from Japan that can realize CO₂ capture and conversion in various locations, and contribute to solving climate change problems and building a new future society.

In this research project, we aim to spread the developed DAC and CO₂ conversion technology worldwide by 2050, and we will also develop the technology necessary for this commercialization.

The government sets ambitious goals and concepts for societal issues that are difficult to tackle but will have profound impact once resolved. To develop radical solutions for difficult societal challenge, the Government of Japan set inspiring and ambitious goals for challenging R&D. To realize “Human Well-being”, seven Moonshot goals (MS goals) were decided in the area of society, environment, and economics.

”7 MS goals to be achieved”

MOZES Project is aiming to achieve MS Goal #4: Realization of sustainable resource circulation to recover the global environment by 2050. 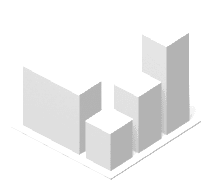